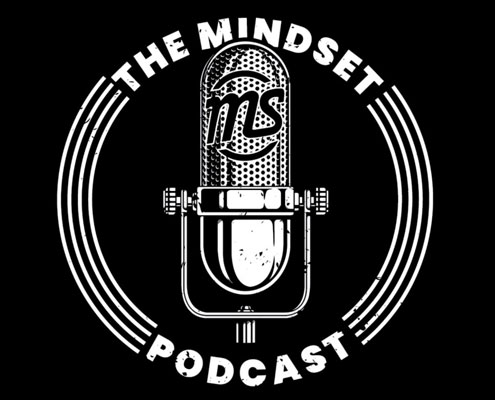 Have you ever wondered what is the best way to be successful and build a good reputation? The short answer for this is simple – maintain your integrity.

While integrity is not something you build in a day, it is a quality that is valued highly by others. And the people who value integrity are the ones you want to be around.

Doing the right thing no matter what is the only way to become a person of integrity.

In the fourth episode of The Mindset Podcast, hosts Greg and Steven discuss the importance of having strong moral principles and how they improve the quality of life.

In the fourth episode of The Mindset Podcast, hosts Greg and Steven discuss the importance of having strong moral principles and how they improve the quality of life.

As Steven says in the podcast, “You only have ONE reputation”. So, you’d better take good care of it.

Greg explains that the lifelong advice he’s been following is “Do the right thing, even when nobody is watching”.

He says that staying a decent person has paid off many times and what comes around goes back around eventually. No matter what world religion you subscribe to, or if you are none, we all agree that there’s reciprocity in the way you act, and then what happens to you for the rest of your life.

Steven shares an interesting story about the beginning of his career when they bought the supplement brand MAN Sports. They had only one product back then and one buyer – Marvin, owner of Vitamin Shop. One day he told Steven that his product is not doing a good job and it was not selling at their stores.

Instead of telling him to change the promotion and keep buying the product, Steven decided to be honest with him and told him that the product is not a good fit for his store. He advised the only buyer he had to stop buying his product.

Steven also told Marvin that once he has a good product for his store, he would give him a call.

A few months later, when Steven introduced his new product to Marvin, he bought it without doubting its quality, because he knew that Steven would always be honest and straightforward with him.

What we can learn from this story is that other people’s respect and trust are earned with openness, and it’s always worth it in the end. Treating people right, even when it hurts your business and wallet, is the only way to maintain your integrity.

Another good point that Greg brings is that when you have a reputation for behaving with honesty, you attract like-minded people. People that share the same moral values as you would be naturally drawn to you in your working space and in the places that you visit. It’s so much better to live your life that way, instead of watching your back and worrying that someone’s going to come and haunt you from your past.

Do you want to listen to the full episode of The Mindset Podcast with Greg and Steven? You can do it here!

Are you from Allen, Dallas, or Plano? If you still haven’t become a member of Hidden Gym, you can get your free day pass here and experience what it is like to work out in a friendly and humble environment that will challenge you to be the best version of yourself! Brought to you by MAN Sports